My husband recently needed to go to Rome, Italy for a film he was producing, and I got to go with him. I hadn’t been to Rome in 20 years when I’d had the privilege of studying abroad. Now, 20 years later, I was blessed with the opportunity to go back. An opportunity that always feels like a double-edged sword. I’m elated to go, to travel, to feel inspired and to take in another culture. To experience another way of life. But that comes with a great toll on my nervous system, on my sense of control, and on my overall well-being. Something that teaches me to go with the flow. To put my intrusive thoughts at ease. And to relinquish control. Which kept me grounded in the present.

While in Rome, our hotel offered a generous breakfast. And considering the rest of Rome didn’t seem to offer breakfast outside of cakes and croissants, it was my only option. There was no coffee maker in our hotel room, either, so to have my morning dose of caffeine, I had to get dressed and prepare to be around others. Something that’s not easy for me to do first thing in the morning.

One morning, my husband and I were having breakfast and some of his business associates joined us. I was so unprepared for the interaction that I overate, unable to be mindful of what I was consuming as all my energy was going to making conversation. So the following days they joined us, I had an espresso first, took my time, and ate when I could avoid being part of a conversation. Allowing myself to eat and digest properly while not coming across as rude. Forcing me to go with the flow.

Also, I’m used to meditating in the morning. To gathering my thoughts and setting my intentions before beginning my day. But since we stayed out late most nights and breakfast ended at 10, I was usually in a rush to make it, taking away from my ability to mediate. But I still found a way to fit it in before we left for the day. Adjusting my needs to the circumstances I found myself under.

While out exploring the city, my nervous system was in overdrive. In Rome, the lines between the street and the sidewalk are blurred, leaving cars coming at you from all angles. I was on high alert at all times. Never knowing when a car was going to creep up behind me or come whizzing around the corner. I was never able to fully adjust to this, but I did find that I had to let go. Especially as a passenger in the taxis we took. I had no choice but to let go and trust everything would be okay.

At lunches and dinners, the main options for me as a vegetarian included pizza and pasta—two of my favorite foods—but while in the U.S. there are gluten-free options everywhere, this was not the case in Rome. So I ate gluten at two out of three meals each day, which caused my stomach to swell and ache. One the third day I got wise and started ordering vegetables or salads for lunch, which helped, but for most of the trip, my gut suffered. But instead of letting it take over, I went with it. I ate my digestive enzymes after each meal, did yoga, drank water and walked. All of which helped my gut. Enabling me to take in the joy of eating without my gut’s needs taking over.

One of the best parts about being there was that, because there were so many adjustments I had to make, because my routine was so broken, my routinely intrusive thoughts went away as well. I wasn’t worried about chipping my tooth on my coffee cup the same way I tend to be at home. I wasn’t stuck in my depressive thoughts that come up during the day. I wasn’t fearful of something bad happening. Granted, I experienced many difficulties adjusting and cried from being triggered or frustrated more than once. But it was momentary, and then it was done. Allowing me to be present. And to stay in the moment.

With all the adjusting I was doing, I started noticing that my daily fears and phobias weren’t as present, either. I could block them. Prevent them from penetrating through. And by doing so, I was able to put things out of my mind faster. I found that, in the midst of having to adjust to everything, I was letting go. Going with the flow. Not trying to control everything in my path. And by doing so, I was calm. I was present. And I enjoyed myself. Even during the times I had no control. 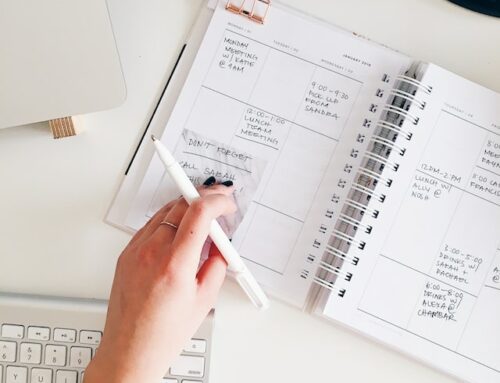 Anxiety, Depression and Trauma: How Scheduling My Day Helps Me Make It through the Day (+5 Tips for Successful Scheduling)

Anxiety, Depression and Trauma: How Scheduling My Day Helps Me Make It through the Day (+5 Tips for Successful Scheduling) 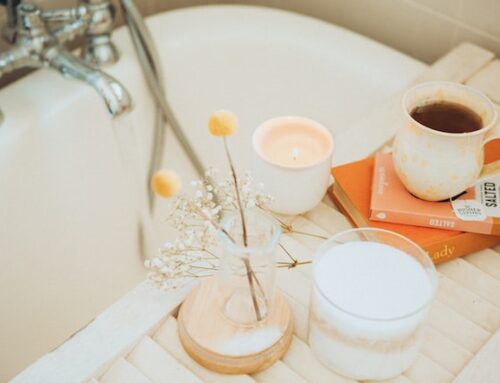 CPTSD, PTSD and Trauma: How Practicing Self-care Helps Me Find Myself Post-trauma (+5 Steps to Assessing Your Self-care)

CPTSD, PTSD and Trauma: How Practicing Self-care Helps Me Find Myself Post-trauma (+5 Steps to Assessing Your Self-care) 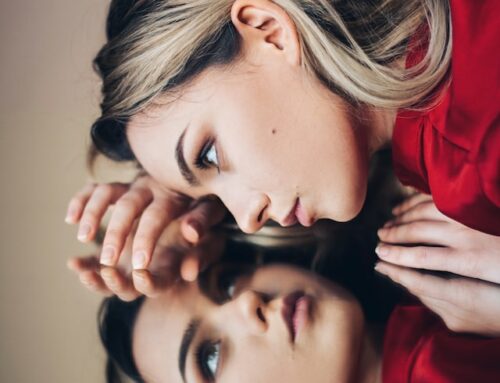 Anxiety, Depression and Trauma: Meeting Yourself Where You’re at (+6 Journaling Tips to Get There)

Anxiety, Depression and Trauma: Meeting Yourself Where You’re at (+6 Journaling Tips to Get There) 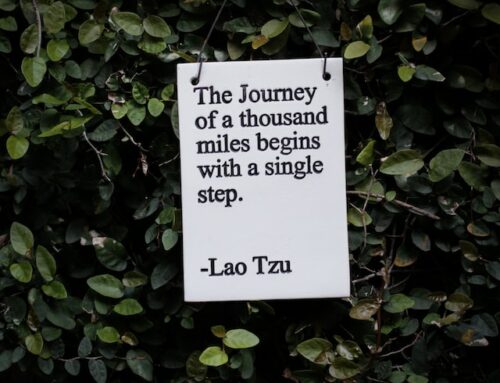 CPTSD, PTSD and Trauma: Building Confidence by Setting Goals (And How You Can too)

CPTSD, PTSD and Trauma: Building Confidence by Setting Goals (And How You Can too) 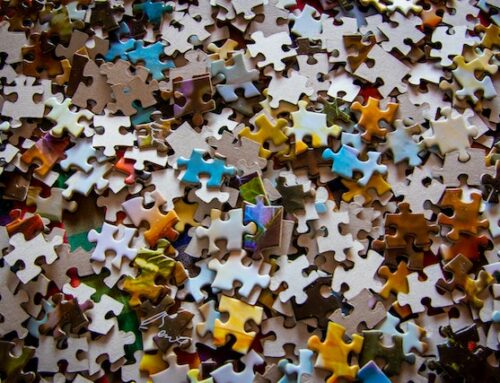 PTSD and Trauma: How Having Hobbies Saves Me from Depression and Helps Me Be Mindful (+5 Tips for Getting a Hobby Started)

PTSD and Trauma: How Having Hobbies Saves Me from Depression and Helps Me Be Mindful (+5 Tips for Getting a Hobby Started) 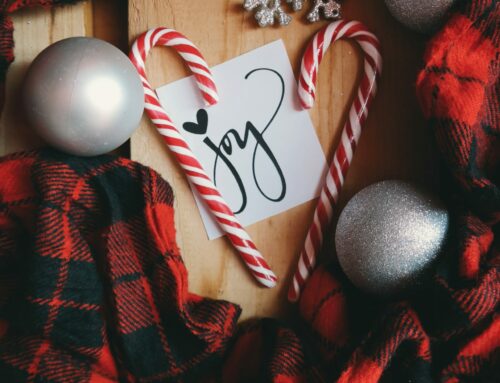 PTSD and Trauma: Taking Back Christmas

PTSD and Trauma: Taking Back Christmas 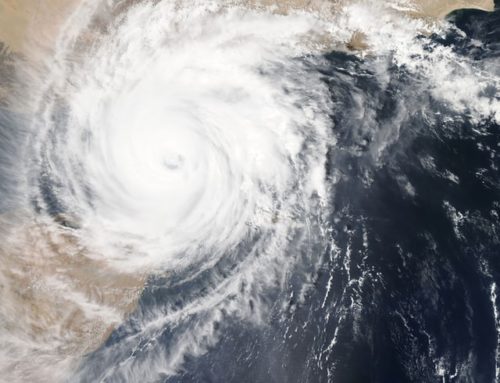 CPTSD, PTSD and Fight-or-flight Response: Living in a Trauma Cycle and 7 Steps to Ending It

CPTSD, PTSD and Fight-or-flight Response: Living in a Trauma Cycle and 7 Steps to Ending It 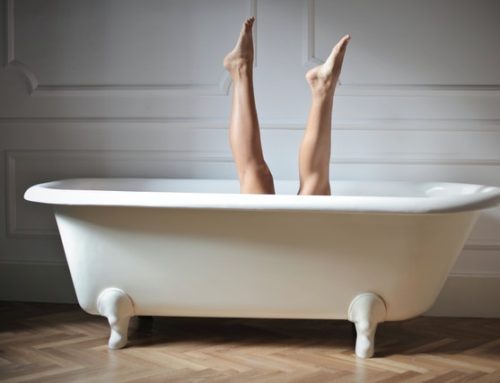 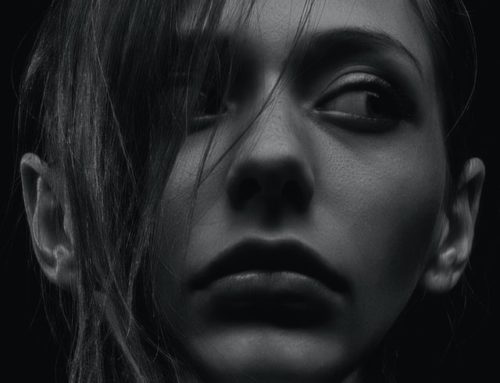 PTSD and Anxiety: Working Against Our Fear Response (and Tips for Feeling Safe)

PTSD and Anxiety: Working Against Our Fear Response (and Tips for Feeling Safe)